What can you expect at a pageant for kids?

Children's pageants are very popular in many parts of the country, but are most popular in the southern and eastern states. Younger contestants in these regions may be more accustomed to pageant life because of exposure to it through family members and friends. But for children who have little or no pageant experience, competing in a kids pageant can cause nervousness and in some cases anxiety. So prior to the actual competition, it can be extremely beneficial to contestants if the entire family is prepared for what to expect at a children's pageant.

Every pageant system has its own rules, but here are some general guidelines on what to expect when competing in pageants for younger contestants. 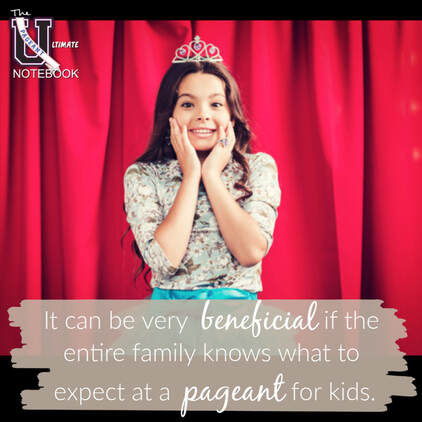 There are many children's pageants out there, and for the most part they are divided into one of two categories: Glitz and Natural. To get an idea of what each of those pageant types are like, you can conduct an internet search of "glitz pageants" and "natural pageants" for kids. The images you find will give a good idea of what types of outfits, costumes, hair and makeup the contestants wear in both of those types of pageants.

Natural pageants may have requirements when it comes to hair and makeup being more "natural" and subdued. The focus of a natural pageant contest is usually on personality and presentation. Contestants may also participate in a brief pageant interview or on-stage question for finalists. Other required categories typical of natural pageants are formal wear and casual or fun fashion wear.

Both glitz and natural pageants might have both required and optional competitions for each contestant to compete in. Optional categories could include Best Smile, Best Hair, Most Program Ads sold, Talent, Costume, and the list goes on. You should decide as a family which optionals you truly want to enter to help determine your budget at the onset of your preparations. Sometimes it's better to focus on the required competition items first, then move on to optionals as a bonus if you have enough in your budget when the deadline approaches to register for those. There could be several optional categories that contestants can enter, none of which have any bearing on the final outcome of who wins the crown. 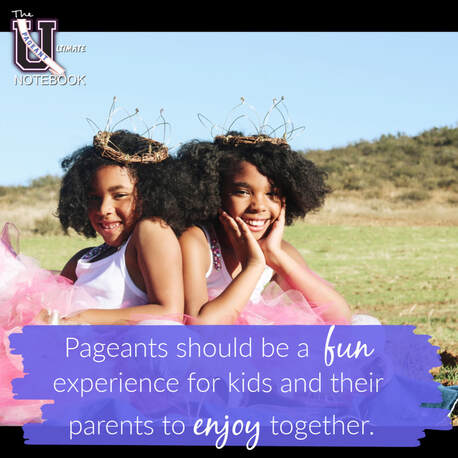 Preparing for a Kids Pageant

Similar to little league sports, pageants for kids can get pretty competitive, not just among the contestants but also among parents, friends and family members. [If you've ever seen the kids pageant episode of the vintage television show "Designing Women" it's a perfect example.] So when it comes to preparing for a kids pageant, it's good practice for a parent or guardian to act as a guide and let the contestant participate as much as possible (depending on age level) as far as input, choices, and everything that is going into preparing for the pageant competition.

You will need to decide on wardrobe, hair and makeup styles, song selections, routines and presentation. Pageants for kids should be a fun experience for them to enjoy, and for parents to enjoy sharing with their children. Don't get discouraged if you are not the most experienced pageant family at the contest. At every pageant there will be a range of contestants from newbies to titleholders. Some of the other parents may have done pageants before and they might even appear just as polished as their kids. Sometimes younger contestants show up to a pageant with an entire entourage like a celebrity, while others are simply there with their families, having fun and possibly trying to win scholarship money.  When it comes to children's pageants, being prepared for what to expect from others is half the battle. The other half is preparing for what you are going to do yourself, as a contestant, once you are out there on the stage.

It's a good idea, whenever possible, to attend a contest in person, watch as a member of the audience, and see exactly what a pageant is like from an outside perspective before choosing the type of system you would like to compete in. You could even try to attend both a natural pageant and a glitz pageant to make the comparison. Look at the costs and the prizes, figure out the time involved and whether it will be a good choice for your family. Once you have chosen a pageant system, the best way to approach it is to understand each of the competition categories and take steps to prepare for each of them.

There are pageant coaches out there who specialize in kids pageants, and that is an art in itself. By working closely with a professional kids pageant coach you can set a focus and work on the areas where your child needs the most help. If you are just getting started in pageants, The Ultimate Kids Pageant Notebook could be the initial DIY pageant preparation you need to get started with what you need to do when preparing for a pageant for children.

Using my experience as a multi-level Sunburst pageant judge at local, regional and national competitions, plus years of coaching models and pageant contestants of all ages, I put together this printable pageant guide designed especially for children and their parents. It explains the details of children's pageant competitions thoroughly, and can help you categorize each phase of the contest, put together a plan, and follow it through until it's time to for your child to compete in the pageant of their choice.

The Ultimate Kids Pageant Notebook
This downloadable E-book contains 100 pages of helpful tips and tricks on how to prepare to compete in a pageant for kids. You will learn about: And much more!

Previously, our specialty pageant preparation workbooks have retailed for $29 and up for the printed version, but through a new partnership with established instructional platform Teachers Pay Teachers we can now offer our books in printable E-book format at a fraction of the cost. Follow the link to preview the printable pageant notebook for kids, and be sure to download more FREE pageant and modeling resources at our Teachers Pay Teachers store.